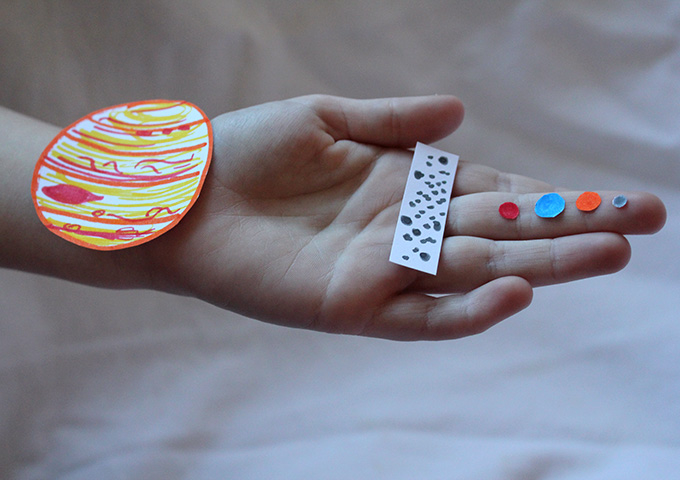 If models of the planets were made at the same scale as the distances in this activity, the largest planet, Jupiter, would be too small to see with the naked eye and the Sun would be only about 2 millimetres in diameter.