National Science Week is an opportunity for everyone to talk science, see science and do science

National Science Week is Australia’s annual celebration of science and technology. Running each year in August, it features more than 1000 events around Australia, including those delivered by universities, schools, research institutions, libraries, museums and science centres. These events attract a wide audience from children to adults, and science amateurs to professionals. Over one million people participate in science events across the nation. 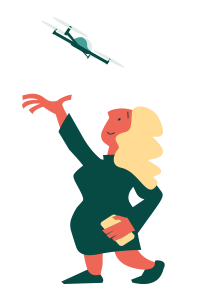 Established in 1997, National Science Week provides an opportunity to acknowledge the contributions of Australian scientists to the world of knowledge. It also aims to encourage an interest in science pursuits among the general public, and to encourage younger people to be fascinated by the world we live in.

ASF Ltd joined forces with the ABC and the Australian Science Teachers Association in 1996 to pitch the concept of a National Science Week to the Australian Government.

Following the successful pilot with around 200 events, a larger festival was funded for the next two years, including an annual $150 000 national grant round to support events, and established volunteer coordinating committees in each of the states and territories. Forty events were supported with grants of up to $15,000 in 1998.

The Australian Science Teachers Association’s (ASTA) role was, and is, to coordinate school involvement in National Science Week, producing and distributing an annual themed teaching resource book and they have also conducted a school event grant round since 1999. This first round provided a total of $1000 per state. More than $110,000 is now allocated to school grants each year.

ASTA created Australian Science in Schools Week in 1984 and they produced and distributed an annual themed teaching guide, initially with support from sponsors like CSIRO, BHP and Shell, and from 1992 with grants from the Department of Science and Education, via the Science and Technology Awareness Program (STAP).

In 1998 ABC Science built the first National Science Week website to provide information to event holders and audiences, they have conducted an annual online participatory science project since 2000 and promote the week widely across their networks.

National Science Week is a program of Inspiring Australia, a national strategy for getting Australians engaged with the sciences. The strategy was developed with the science sector to provide national leadership, so that partnerships and collaborations could be formed to build on the myriad of science engagement activities across the country. There is an Inspiring Australia Manager in each state and territory to help build local networks and provide year-round science engagement opportunities.