The Aha! Challenge wants to get inside your head! 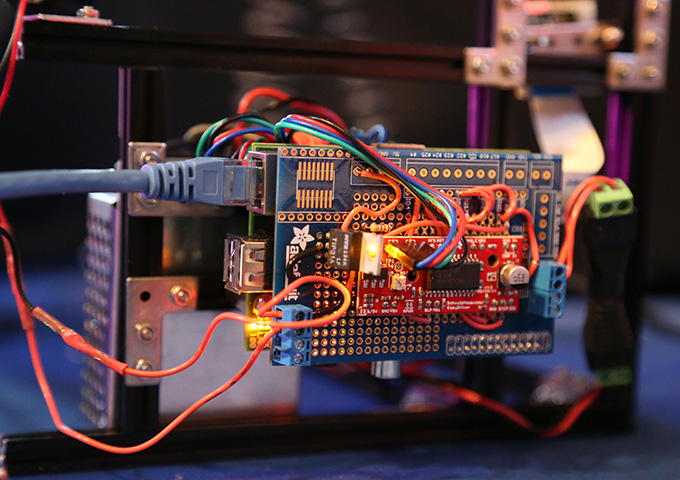 Scientists want to know the things that make you go “aha!”.

Throughout August, researchers from the University of Melbourne are conducting a country-wide citizen science project to better understand how the human brain works.

The focus of the project, dubbed The Aha! Challenge, is to investigate the kind of sudden problem-solving insight that makes you spontaneously exclaim “yes!” or “at last!” or, indeed, “aha!”. It’s the ABC’s community project for National Science Week.

“It’s an unexpected moment of clarity which reveals a solution to a problem,” says University of Melbourne psychologist Simon Cropper, who is driving the challenge with fellow Melbourne academics Margaret Webb and Daniel Little.

“Some ‘aha’ moments are legendary, like when Archimedes sat in the bath and suddenly realised the nature of water displacement, leading him to yell ‘Eureka!’ and run down the street naked,” Cropper explains.

“Most of them aren’t nearly so dramatic, though. They could involve something as small, but useful, as suddenly realising that if you hang your keys in a particular spot you’ll never lose them again – something that seems obvious as soon as the thought strikes you, but which, strangely, had never occurred to you before.”

The researchers think that these types of sudden insights – the point at which the penny drops – are very common. However, there hasn’t been enough data to prove or disprove the contention.

“We suspect aha moments are universal,” says Cropper, “but are they really? And are they the same for everyone?”

To find out, the scientists have teamed up with the ABC Science Unit to offer a short set of online brain teasers that take about 15 minutes to complete, designed to elicit an understanding of the range and types of insight experienced by individuals.

So far about 8000 people have logged on to do the challenge since the project kicked off on 6 August. And early results have been quite revealing, particularly the response to questions about where aha moments occur.

It seems that people are more likely to have a sudden bright idea when out in the bush, or lying in bed. Other common situations which give rise to lightbulb moments include being in a quiet place, at work or school, in the shower, or even at the gym.

Organisers are keen for many more people to take up the challenge before the exercise ends. With more results, more questions can be answered.

For example, the scientists are very interested in finding out whether the frequency and intensity of aha moments decline with age. Early indications, Dr Cropper says, is that they don’t.

“We’ve had a lot of young people take the challenge, as well as some older ones,” he explains.

“You kind of expect children to have a lot of aha moments because for them the world is new and there’s a lot to discover. But it seems like these bursts of insight keep happening throughout life.

“It’s early days yet, but it looks like they might be an essential part of our mental lives – a kind of lubricant, if you like, that assists the process of problem-solving.”

The Aha! Challenge takes about 15 minutes, and is open until the end of August.

So – are you up for the challenge? Are you willing to undertake some tough brain teasers to investigate creativity and generate aha moments? Then test your creative brain for science and take The Aha! Challenge today!

Please enjoy this update on National grant recipient TastroFest by Brittany Trubody, TastroFest Director TastroFest was held online and to adapt, we created our “Explorers Edition” where we went

Apply now to receive funds to run a STEM event or activity in Tasmania in 2021.