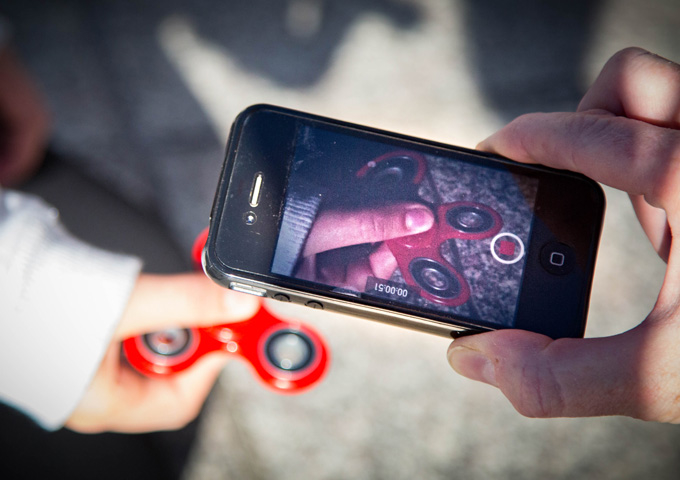 Cameras like the ones in your phone don’t capture the whole image at once – rather they act more like scanners where the top row of pixels are recorded before the second row, etc. This means that some time passes before you get to the bottom of the image. This all happens 25 times per second. So – when you record something that is moving faster than the time taken to scan a whole frame – some odd things can appear. This can make propeller blades or fidget spinners appear fragmented, rotate backwards, or warped.

Aerospace and missile engineer, Destin Sandlin, has a Smarter Every Day episode that describes the rolling shutter effect really well with a cool computer simulation and high-speed cameras. It is well worth checking out on YouTube.

But what’s happening indoors? We found it hard to show the rolling shutter effect indoors under fluorescent lights – maybe due to 50 Hz power and the camera’s clever programming – but we’re not sure. Maybe it’s a much simpler reason. Tweet us if you have a better explanation!