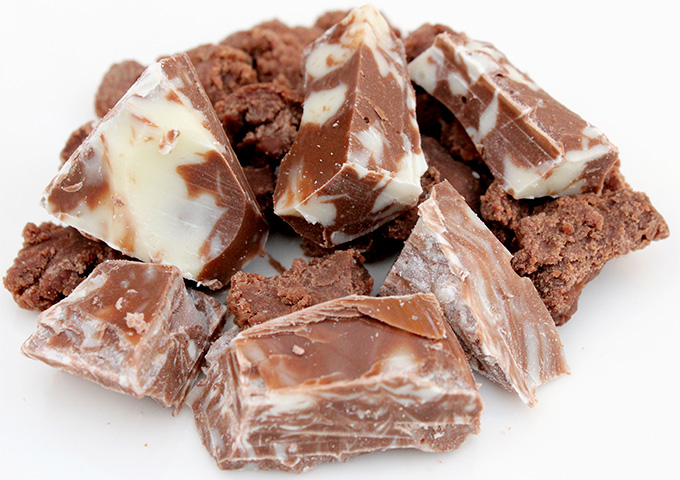 *melts are made from compound chocolate, not real chocolate. Real chocolate can be used for this activity but it may not set as well as it needs to be ‘tempered’ in order to set.

Sedimentary rock forms when pieces of rock are squashed together. An example of sedimentary rock is Uluru in the Northern Territory which is made from a type of sandstone called ‘arkose’.

Metamorphic rock forms underground when rocks are squashed and heated, like the colourful jasper deposit in the WA town of Marble Bar. The town was incorrectly named “Marble Bar” instead of “Jasper Bar”, however marble is also a metamorphic rock.

Igneous rock is cooled molten rock, such as the dolerite columns seen in Cradle Mountain in Tasmania.