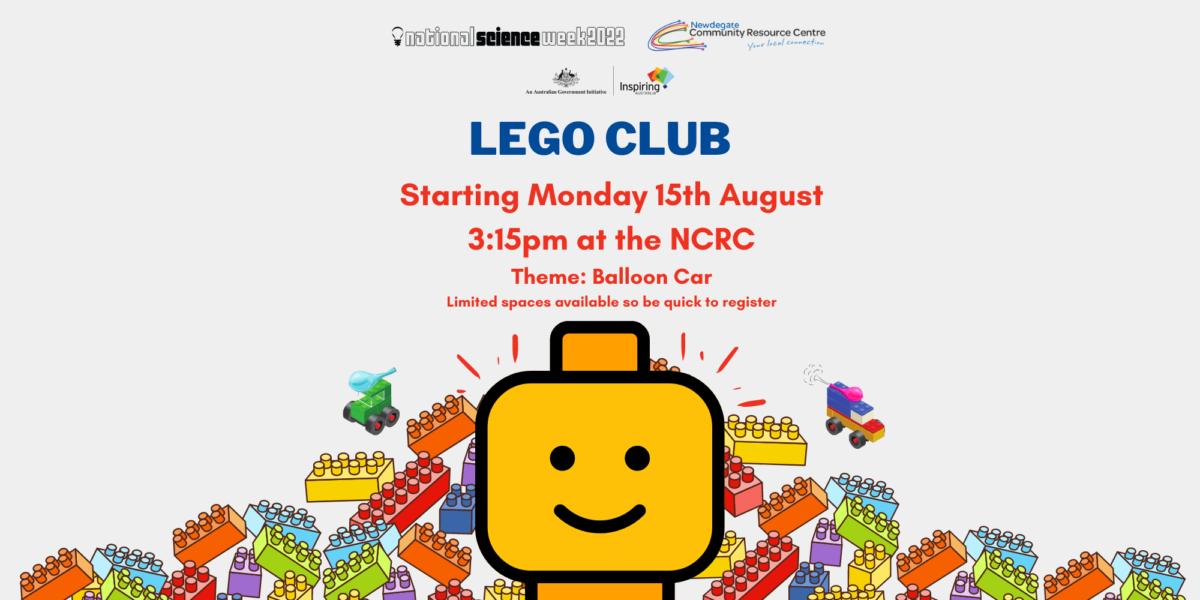 Newdegate CRC are hosting a Lego Club  starting in National Science Week. Our Lego club will use a variety of STEM content however the first one will be a LEGO balloon car during science week, which will have a major focus on engineering and physics.

The balloon car will be crafted by the kids, each car will be attached to a balloon which will be blown up and released and will explore simple STEM concepts like force and motion. The balloon forces out air which puts the car into motion. When the force slows down and eventually stops (and the balloon is empty), the car slows down and stops too. A heavier car will need a greater force and may not travel as far as a lighter car which will require less force to go farther.

We will then have a race at the end of the workshop to see what type of car was more efficient with their balloon. Before the start of the race we will be discussing Sir Isaac Newton. For every action, there is an equal and opposite reaction, explaining that this is called third law of motion. When the gas is forced out of the balloon it pushed back against the air outside the balloon which then pushes the balloon forward.

We will also briefly mention that while the balloon is full and not released, the LEGO car is at rest and you put it in motion. This is Newton’s 1st and 2nd Laws of Motion. An object at rest stays at rest until a force is added.

Each workshop helps children to develop on their mathematical skills and spatial awareness and will help encourage them to develop their problem solving skills and come up with new ideas.