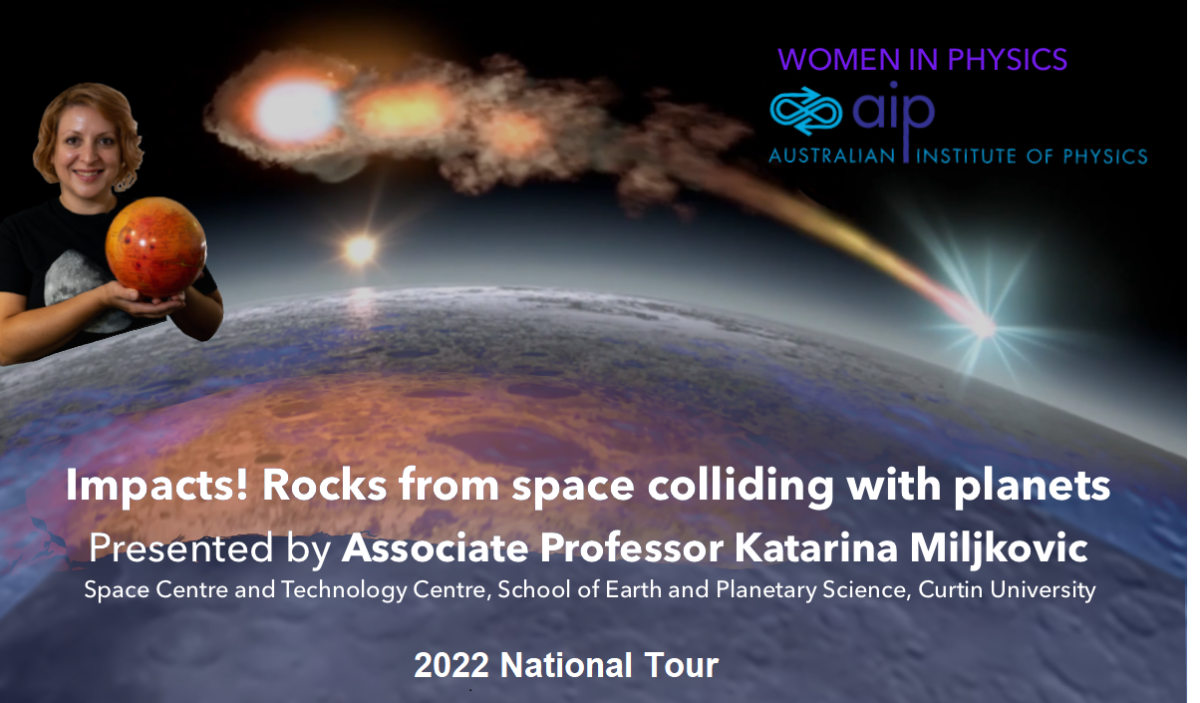 As part of The Women in Physics Lecture Tour, Associate Professor Katarina Miljkovic of Curtin University will be speaking about her research on meteorite impacts.

It was only discovered in the mid-20th century that craters were formed by meteorite strikes. Since then, many space missions have mapped impact craters on the surfaces of planets and demonstrated the importance of these impacts on the evolution of rocky planetary surfaces. Katarina will outline her work on the physics behind the impact process and discuss the structure and evolution of the Solar System using data from NASA space missions she collaborates with.

A/Prof Miljkovic teaches the Advanced Science degree at Curtin. She is also currently an Australian Research Council Fellow. Prior to joining Curtin, she graduated from the University of Belgrade in 2006 in astrophysics and obtained her PhD from the Open University in the UK in 2010. She has held postdoctoral roles at the Massachusetts Institute of Technology in the US, Institute de Physique du Globe de Paris in France, and Imperial College London in the UK. She has won several competitive awards, including an Australian Research Council DECRA Fellowship, an Australian L'Oreal-UNESCO for Women in Science Fellowship and a WA Tall Poppy Young Scientist of the Year award.